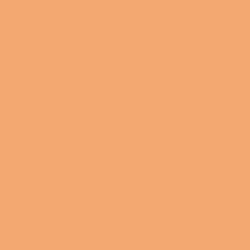 NEW YORK WOMEN COMPOSERS, INC. was founded by composers Elizabeth Bell, Lucy Coolidge, Ann Callaway, and Robert Friou, Esq., in 1984. It is a New York 501(c)(3) not-for-profit corporation, under the direction of its members. Membership is open to residents of New York State and the greater New York City metropolitan region who are women composers of serious concert music and to those in musical occupations who support the recognition of women composers.

A diverse range of projects has been initiated and supported by New York Women Composers over the years, including many concerts not only in New York but also in Russia, Bulgaria, Canada, and New Mexico, and an exchange concert with the Cincinnati Composers Guild. Early projects included video interviews with member composers broadcast on local-access channels and radio appearances on WNYC radio with host Tim Page.

Several recordings have come about either through partnerships between NYWC composer and performer members or because of grants given to performers by NYWC. Among these are the pianist Elena Ivanina’s recording American Music from the Moscow Autumn Festival (North/South Recordings 1017), including works by Marilyn Bliss, Binnette Lipper, and others (an outgrowth of her live festival performance); Songs by Women (Leonarda Records LE352), performed by Susan Gonzalez, soprano, and Marcia Eckert, pianist, featuring the music of NYWC members Joyce Hope Suskind, Ruth Schonthal, Elizabeth Austin, and Elisenda Fábregas; and the Laurels Project recordings of Nina Assimakopoulos, flutist, the first volume of which, Points of Entry (Capstone Records CPS-8759) includes works by NYWC members Margaret Fairlie-Kennedy, Mary Ann Joyce-Walter, Marilyn Bliss, Beth Anderson, as well as other women composers.

Among other highlights, a full-day conference on women and music in New York, cosponsored by Barnard College, took place in 1997, including lectures and panel discussions by distinguished musicologists and a wealth of performances of music by women composers past and present. New York Women Composers has sponsored or produced many concerts over the years, featuring such well-known artists as Joanne Polk (a recent Grammy nominee), Evelyn Luest, Françoise Vanhecke, Anna Stoytcheva, Elena Ivanina, Eleanor Elkins, and Ana Milosavljevic, as well as two portrait concerts at Merkin Concert Hall celebrating the works of Ursula Mamlok and Elizabeth Bell. In 2006, two memorial tribute concerts to long-time member Ann Silsbee, who was also a published poet, featured music written by NYWC members to her texts, as well as some of Silsbee’s own compositions. Several NYWC concerts have been co-produced by other organizations such as The Aviva Players and the Greenwich House Music School. Those of our members who were born in Russia, eastern Europe, the Far East, and other regions have given New York Women Composers an international stature exceeding its modest size.

Recently, New York Women Composers has offered Seed-Money Grants to individuals or ensembles to perform the works of its members either in concert or on recordings. Please e-mail us at info@newyorkwomencomposers.org to be put on our mailing list for the most recent application and rules. Seed-Money Grant winners from previous years are listed on our Links page. New York Women Composers looks forward to a bright future, enlarging its membership and exploring new opportunities to present and disseminate the music of its members and to support the music of all women composers.