Contents: "Images is a precisely crafted series of miniatures, meticulously played, that artfully evoke the composer’s surroundings, both at home and abroad." - Paul Muller, Sequenza21

Completed in June 2014, Winging It was inspired by none other than my two small, female parrots, Sunny and Nikki. This avian-inspired piece is in three sections. The outer sections are in 7/8 and consist of rhythmic themes, while the middle section switches to 4/4 with more playful, lyrical melodies. Three was also written in 2014, and its title refers to the meter of 3/4 and its three-part form. This piece is similar in style to a jazz waltz with its swing and syncopated rhythms.

Peaceful Pause, Avian Adventures and Modern Dance were commissioned by the New Jersey Music Teachers Association (NJMTA) in 2012. These three compositions were written for student pianists and vary in level of technical difficulty. Peaceful Pause (elementary level) is a calm piece in which the listener has a moment to experience inner quiet. Avian Adventures (intermediate level), inspired again by my two avian companions, is light and playful; it depicts the chatty and childlike qualities of these wonderful creatures. Modern Dance (advanced level) is a rhythmic and upbeat piece that came out of the blue one day while I was improvising at the piano. The syncopated rhythms heard in the opening come from the happy and rhythmic calls of my feathered friends. The piece, however, is not about parrots or birds, but simply a fun, celebratory 21st century dance.

Avoiding Time (2015) is a rhythmic and percussive composition based on a short rhythmic motive that is set in different harmonic environments. The piece has a "stop and go" feel to it, which reflects my own failed attempts to both "hang on" to time and keep up with it.

Cool Cats (2013) was written for radio host and pianist, Marvin Rosen, a champion of music written by living composers. Marvin is known to many as "Fred the Cat" because of the title of his first piano recording, featuring the music of Alan Hovhaness, Marvin's mentor and friend. Marvin has a great love for cats and so it seemed appropriate for me to write this composition. for him and his four feline companions, Mimi, Poo-Poo, Pix and Puszek. The piece is calm and relaxed and has a lullaby quality.

Early in 2015, I made a pilgrimage to the Holy Land with members of my church where we visited various historic and holy places. This wonderful trip was the inspiration behind Images, a collection of seven piano pieces, each inspired by either a specific place, moment or feeling during my visit. "In the Beginning" sounds like a reference to the first verse in the Book of Genesis, but this piece was inspired by my feelings of joy upon arrival at the airport in the city of Tel Aviv. "Prayer at Dawn" relates to our joining together in group prayer and celebrating daily Mass at various churches and shrines. "By the River" refers to the Jordan River where we renewed our baptismal vows. "Joyful Encounters" not only alludes to the many kind and interesting people whom I met during my visit, but my wish to experience a spiritual encounter of some kind with the Lord as well. "View of the City" was inspired by the magnificent view of the Old City of Jerusalem from the Mount of Olives, and "The Garden" refers to the Garden of Gethsemane. Finally, "Dancing on Water" was influenced by a joyous boat ride on the Sea of Galilee where we danced to traditional Israeli folk music. 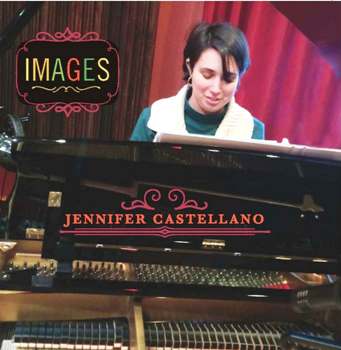